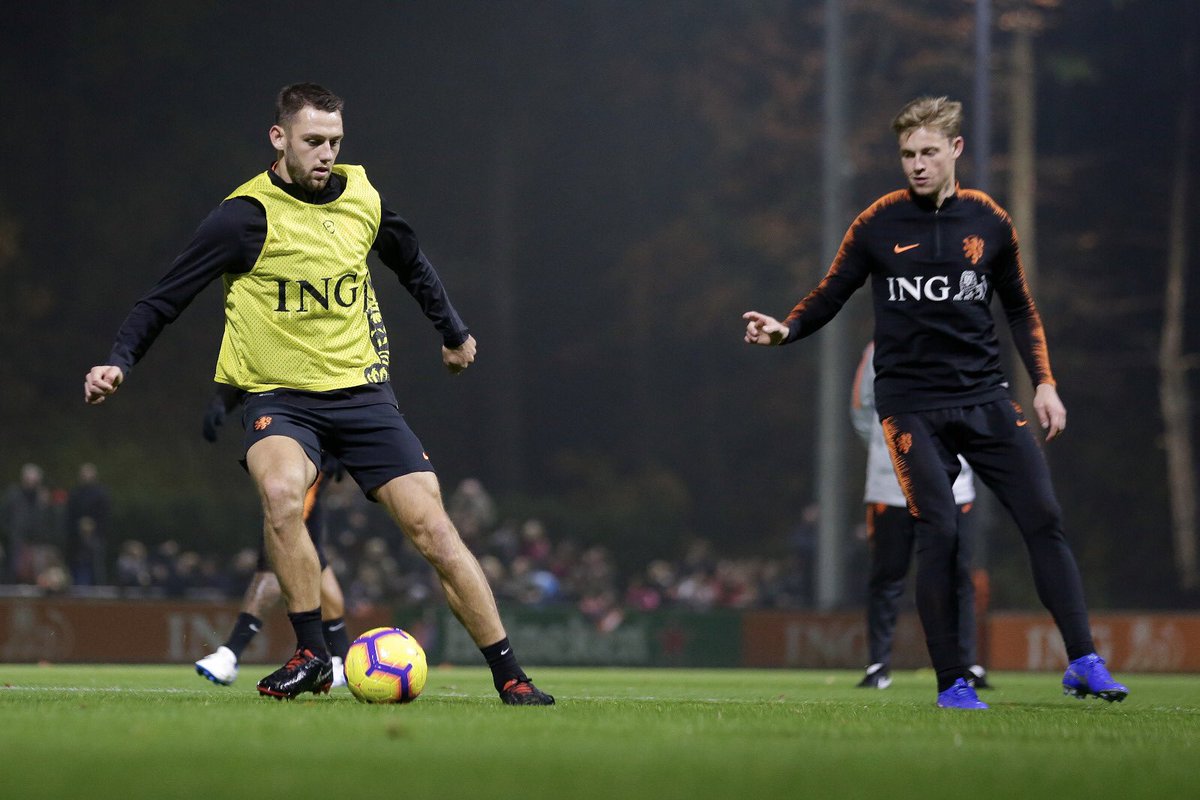 Speaking to reporters, De Vrij stressed that he has evolved since the country’s participation at the 2014 World Cup and he must remain positive to pounce on any opportunities with the national side, he told: “I feel that I am a better defender than at the 2014 World Cup when I was a starter. I must remain positive, always do my best and wait for my chance to impress.”

Meanwhile, De Vrij had played on the right side of the defence during his Feyenoord days and when asked about the possibility of doing so for the Netherlands, he added: “I have not played at right back for a long time, I would play in whatever role the manager needed me too but I came here to be a central defender.”

De Vrij is presently in the ranks of Inter Milan, where he has firmly established himself at the heart of the defence. The Nerazzurri have made a bright beginning to the campaign which sees them just one point behind leaders Juventus after 12 games. Still, there is plenty of work to be done through the season as they look to end the Bianconeri’s dominance and lift their first league title in a decade.

Netherlands have games against Northern Ireland and Estonia in the Euro 2020 qualifiers this month and they will be hoping to win both of those encounters to cement their berth in the competition proper next summer.